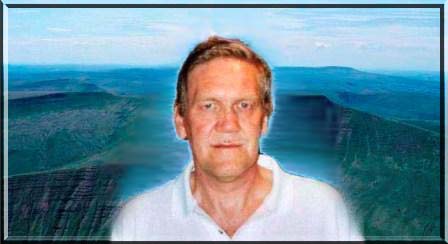 On March 10th 2007 I was elected as your Chair by the Board of Trustees of MRSA Action UK, and I would like to take this opportunity to let you the membership have a background of the person I am.

I work as an Engineer for Westinghouse Fuels Ltd, near Preston (formerly British Nuclear Fuels Ltd) and have worked there for 29 years, and I have been a Health & Safety Representative in the Nuclear Industry for the last 26 years. I have fought and strove for a safer working environment not only for myself and my colleagues, but for my Industry as a whole. I have also been involved in many of the initiatives that have been introduced as a result of the co-operation of both the Management and the Employees who have come to realise that Health and Safety is everyone's business. I say this because we have come to realise that the actions of ONE, can affect the lives of MANY and that we all have a responsibility to each other to ensure that we all stay safe.

How did I get involved with MRSA, well it took the life of the truest friend I will ever have. John was not only my Stepfather, he was the kind of friend that no matter what you did he was always there standing by your side. The hardest thing that I have ever had to do, was to watch helplessly as my friend John died in my arms, the memory is something that will live with me for the rest of my life. MRSA not only killed my friend, but it has destroyed my other true friend, that being my mother. Nothing can ever be the same for us, because on the night that John died a part of us died with him. Our pain however didn't stop there because 5 months after John's death we found out that he had died Profusely Infected with MRSA and that the hospital knew of this, yet they said nothing, he is one of thousands who is not recognised in the published statistics as this was never recorded on his death certificate. Will I ever trust a Doctor again, I don't know. What I do know is that I will always question them about what they are doing with anyone I love.

I hope to be able to share my experiences and work with Government Agencies to improve the Safety of the Patients' environment in our hospitals, with the aim of eradicating avoidable infections and reducing harm. As the Chair of MRSA Action UK I hope to bring with me my experiences of working in the Nuclear Industry. In our industry safety is the number one priority, both of the employees and the public at large. In our healthcare system this ethos should be the same, in fact it should be of a higher standard. It would seem at my industry is perceived as being dangerous, yet it's safety standards are very high. In the National Health Service people's perception is that it should be very safe, sadly however this perception is far from the truth, you actually have a greater chance of contracting a healthcare associated infection, if you have to go into hospital, possibly resulting in a death, than you have from being killed on our roads.

As your Chair I am committed to try to bring about the same safe standards that we all expect from our National Health Service. Everyone who goes into hospital, and the families of those who are treated by the medical profession, should expect the highest standards of care. They should also expect the environment they are treated in to be hygienically clean, and that the staff adhere to the strictest infection prevention and control procedures, as set out in the Hygiene Code, a legislative requirement of the Health Act 2006.

We have to become both the Government's watchdog and a critical friend, and we need to work in partnership with the relevant Government bodies to bring about the changes necessary to give us the National Health Service we deserve.

I pledge to you as members of our Charity that I will strive my utmost along with the Board of Trustees to achieve this in memory of all those who have suffered and been lost to healthcare associated infections.